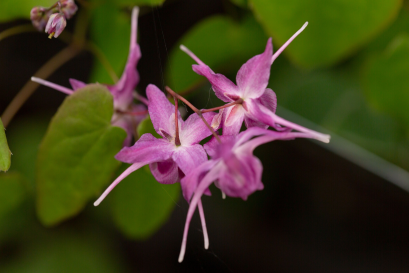 Plus, its laughable name makes it easy to remember.

Native to Asia, specifically, parts of China, Japan, and Korea…

Erectile dysfunction occurs when you can no longer reliably get and maintain an erection firm enough to have sex.

And although you can have ED at any age, it becomes more common as you get older.

In the United States, approximately 40% of men over the age of 40 experience sexual failure.

This enables blood to flow into the penis which then leads to an erection.

With erectile dysfunction, an enzyme named protein phosphodiesterase type 5 (PDE5) interferes with the nitric oxide and cGMP that relaxes the smooth muscle in the arteries.

As a result, the blood can’t move through the arteries and create an erection.

This allows blood to fill the arteries, and the three cylinders in the penis, which then creates an erection.

The prescription medication sildenafil (Viagra) works in much the same way.

A 2008 study supports the PDE5 inhibiting effect of icariin, acting similar to some drugs used for ED.