Is Eating Oysters Before Sex Better Than Viagra? 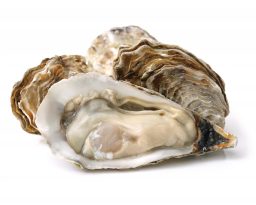 Nowadays, most guys with erectile dysfunction just pop a Viagra before sex.

But the practice of taking a remedy just moments before intercourse is nothing new.

Did you know that in 16th Century England, brothels served complimentary oysters to their customers?

It was believed that oysters would help men, especially older men, increase their sexual potency.

While that practice may have gone out of fashion in brothels, oysters have still maintained their status as a powerful aphrodisiac.

But can oysters really help boost your erection strength and stamina, or is just all folklore?

And as it turns out, there could be validity to oyster’s mythical reputation.

Zinc is a mineral that have long been studied by researchers and thought to enhance testosterone.

For instance, at the University of Michigan, researchers examined the serum testosterone in two groups.

Group 1 had low testosterone and were given a supplement of zinc while eating a regular diet.

Group 2 — which had normal testosterone levels — were put on a strict diet that was low in zinc.

After five weeks, they measured the testosterone in both groups.

The serum testosterone in Group 2 had dropped drastically.

Group 1, the group that had low testosterone and supplemented with zinc, saw their levels creep up closer to the “normal” category for testosterone levels.

Not only that, but another study reported that men receiving 30 milligrams of zinc per day show increase their free testosterone levels.

This further legitimized why oysters can be powerful aphrodisiac.

While oysters won’t produce instant erections like Viagra, studies do show that zinc (which is abundant in oysters) can increase your testosterone levels in a few weeks… which helps increase your sex drive and erectile strength.