How To Fix Premature Ejaculation And Maintain A Long Lasting Erection 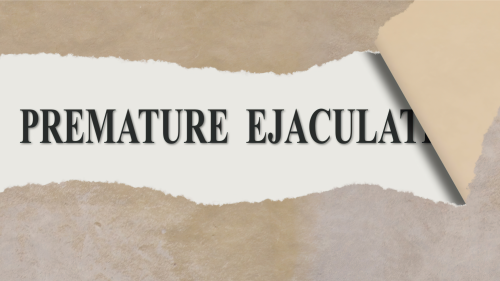 Let’s face it. When it comes to sex, women have it easy.

We do all the work.

She’s comfy on her back while you are trying your darn hardest to muster up the strongest and biggest erection of your life.

Not only that, but once you “get it up”, you need to keep it “staying up” … long enough for her to orgasm…

And then you can feel relieved you made her climax.

With that pressure, no wonder so many guys are nervous before sex.

Which also means that this is a real nightmare if you suffer from premature ejaculation.

Premature ejaculation is simply ejaculating too early – long before the woman can orgasm.

It is embarrassing and emasculating.

And a potential dealbreaker in any new sexual relationship.

So how do you end premature ejaculation?

It can be fixed in three ways.

First, it is through practice.

No way around it, the more frequent you have sex, the better you can improve your “control” and increase your erection staying power.

But usually that isn’t enough.

Which leads to the second solution.

That is increasing Nitric Oxide or N-O.

Why?  Because nitric oxide (NO) does two things: First, it is the molecule in your body that relaxes the blood vessels in your penis so blood volume can ENTER and RUSH in to form an erection.

And secondly, nitric oxide also helps MAINTAIN the abundant blood flow to your penis during intercourese so erections can “stay up” and don’t fall flaccid causing premature ejaculation.

In fact, The popular drugs Viagra and Cialis, or it’s generic version, Sidenafil, all aim to help you get and maintain an erection by boosting nitric oxide.

PDE5, or Phosphodiesterase 5, is the enzyme that causes blood to leave the penis- making ending your erection.

BY suppressing or inhibiting PDE5, Sildenafil prevents blood from exiting the penis, allowing for prolonged erections.

It’s why some users of Sildenafil suffer priapism – a condition where an erection lasts for hours without deflating.

Well, nitric oxide or N-O is a natural PDE5 inhibitor.

And there are certain natural nutrients in everyday foods that also boost Nitric Oxide levels, (acting as PDE5 inhibitors)

It’s hard to believe.  But ejaculation is not entirely controlled by your genitals.

It’s also regulated in the brain by a neurotransmitter called serotonin.

Serotonin sends messages through your spinal cord to “hold off” and delay ejaculation.

Dopamine also plays a role in ejaculation, although its role has not been as thoroughly explored as that of serotonin.

Bottom line is that SSRI antidepressants  extend the time between arousal and ejaculation.

But for a natural approach to enhance serotonin levels, eat foods that packed with tryptophan.

Tryptophan stimulates the production of neurotransmitters like dopamine and serotonin.

Herbs and supplements that increase serotonin for delayed ejaculation: