How Does Erectile Dysfunction Drugs Get You An Erection And Are They Safe? 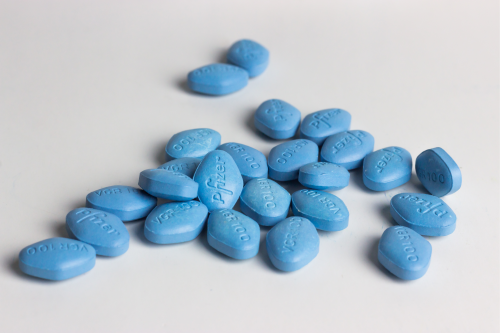 Most groundbreaking discoveries occur by accident. Such was the case with today’s most popular erection drug – Sildenafil.

Since then, Sildenafil has been used as the active ingredient in the popular ED drug, Viagra until its patent expiration in 2020.

Its now is sold under the same name, Sildenafil.

Other popular erection dysfunction drugs are Tadalafil – the active ingredient in Cialis – and Vardenafil, the medication in Levitra .

Though the names are different, all three work in similar ways.  They inhibit an enzyme called phosphodiesterase-5 (PDE5) to produce and enhance an erection.

(PDE5 is an enzyme that prevents blood from being trapped in the penis, making it difficult to maintain an erection).

PDE inhibitors are not suitable for every man.

Up to one third of men who try Sildenafil (Viagra), Tadalafil (Cialis), or Vardenafil (Levitra) will not improve their erection quality and strength.

Not only that, PDE5 inhibitors show lower performance in men with diabetes and those treated for prostate cancer.

If you suffer from severe heart disease, such as a recent heart attack, or arrhythmias, severe heart failure, recent history of stroke, very low blood pressure, diabetes, Sildenafil, Tadalafil or Vardenafil   may not be the right option for you.

The most commonly reported side effects are headache, stomach pain, indigestion, back pain.  Some men suffer from prolonged, painful erections (which in extreme cases may lead to the damage of the penis tissue), visual problems, such as blurred vision, increased sensitivity to light, or seeing a blue haze and hearing problems.  The cases of heart attacks and seizures after taking PDE5 inhibitors like Sildenafil, Tadalafil, or Vardenafil have also been reported in a small percentage of users.